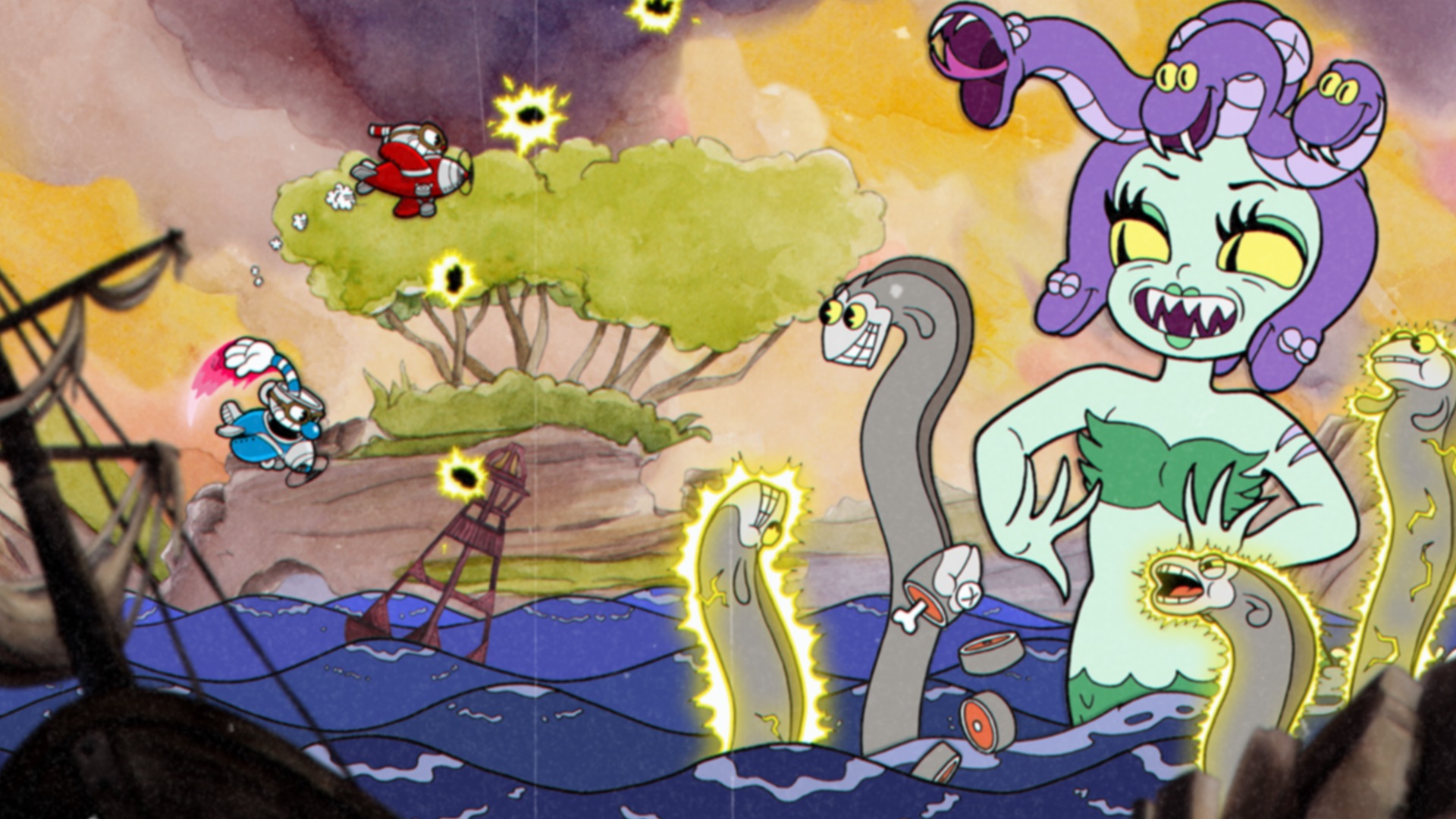 We tried Cuphead a couple of different times, and while we ultimately decided it wasn’t for us, there are many enjoyable elements to this 1930s-style bullet-hell adventure game. To be frank, it is extremely challenging, especially in two-player mode where the bosses have extra health. We found it to be frustrating because there’s no strategy to these fights—no deviation in the enemy’s attack from attempt to attempt, no items to pick up to modify gameplay, no ability to regain lost lives. It felt more like a “memorise the boss’ attack pattern and hope for the best” kind of game than other bullet hells like Enter the Gungeon or Just Beats and Shapes. That said, there are different items you can equip to modify your play style before you attempt a fight, and the old animation and music style provided a fun atmosphere with a lot of charm. For $20 (currently $15 on Steam), Cuphead is a balls-hard bullet hell to the point it can become repetitive and frustrating, but if you have the patience to work through that, some of the fights are quite whimsical and the art style is fantastic.

🎮 playability: full two-player, really nothing more than a shoot button and a dash

🏆 worth it: not as enjoyable for the price as some games we’ve found, and has little replay value